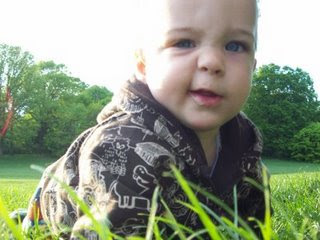 Sometimes I just feel like writing. Blogging I mean. I think, "What could I write about that might be fun to share?" And I rack my brains for things to write about.

Then I think about things like the time in 7th grade when my friend Kara had a Caruso Steam Curler and we curled our hair and made up a song called "Peace in the World Through Ringlets"... only the entire song was based on our belief that ringlet was actually spelled wringlet.

But then, when truly significant things happen (like the graduation of my sweet husband and the cross-country visit of 8 family members simultaneously), it seems like such a daunting task that it takes me weeks to muster up the courage to attempt it. That is obviously dramatic (I have a couple of degrees in that), but not far from the truth.

I guess you could say I have a small problem with expectations. I have very high ones of most things. I am also often hopeful long beyond when others aren't. This often works out well. At other times it only procrastinates the day of my disappointment. For example in high school when I wasn't selected to attend a leadership conference called HOBY, I was still hopeful til the day it started that something would work out and I could go. I didn't go and was really bummed at the time.
That may not make sense. GK certainly doesn't understand it and many would call it naive. But it remains a part of my character as one of my double edged swords.

I want the record of events to match their importance. But just when I'm about to feel up to the task, something else of extreme (thought not as extreme) importance happens--like a haircut-- and I don't know what to do. So until I figure it out, here are a couple of pictures to whet your appetite (is there an h in whet? or is that just my imagination, like that silly w in ringlet?)
Pictures of the graduation, not the haircut, since my expectations once again have bitten me in the fanny. 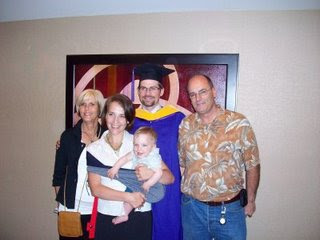 GK's Mom and Dad (proof that Kyle and Kayla came, yet to come) 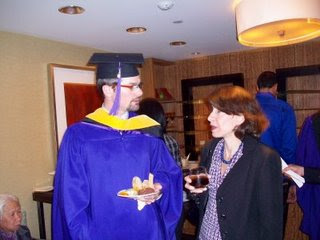 GK and his Dean Andrea. 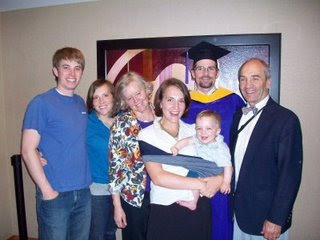 Every one of these images was stolen from the Risser Blog. I'm pretty sure we took some too.

Maybe when I start liking my new haircut for more than five minutes at a time, I'll post some pictures of that as well.

(And Susanna, I get you.
I totally get you.)

(Sorry about the haircut. I hate that...)

I totally remember the ringlet song...or at least you guys doing it. So funny.

Yeah, it's whet, as in to sharpen. So you got a haircut? Well please post a picture. We're all waiting (and we're sure it looks good)

Can't wait to see the haircut, and to see more of you this summer!

and congrats to GK for graduating. grad school is rough.

I love the haircut.

I bet we all love the haircut!

come on susanna, the only difference between a good haircut and a bad one is two weeks. it's been way over two weeks, so your hair looks good now.

No Derek, it's only been two days. Maybe in two weeks it will be better.

you got another haircut? then you definitely need to show us. come on sus, you can't hide behind the internet.

Congratulations GK and Susanna--when your married you both deserve credit for the other's accomplishments.

Also, LOVE the picture of Van. His expression is how I feel most of the time.

Ah, geez. You look great, dude. I was going to tell you on Sunday. And at least GK got to wear a cool color hood. That yellow stripe is a lot better than mine. Mine was old raggedy brown. It looked like someone had ripped it off an old couch.

I totally know the feeling. The blogging irony feeling. My best advice, go with the curling story.

p.s. i love your hair. Especially when it's all farrah fawcett-y.