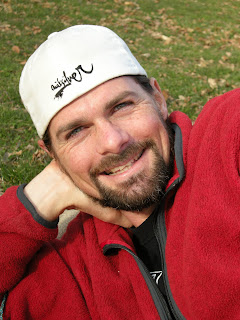 GK thinks this picture is gay, but I like it.

So for the past few days GK keeps telling me that he has a blog entry he wants to post. This of course makes me pretty excited for several reasons. One, he's a great writer and a wonderful story teller. Two, nothing terribly out of the ordinary or exciting has occurred aside from Conference, a stomach virus, being hooked up to an IV for a quick rehydration... which really left me a little warn out and not feeling very articulate or clever. However, since his blog post has yet to appear, I thought I'd write a little for him.


He recently got a job with a literary agent here. He had been curious about the role of agents in the industry and thought the best way to figure it out was to work with one. He's an assistant to the head agent and one of the younger agents. (I'd tell you who, but he had to sign his soul away in a confidentiality agreement. Yikes!) He gets to read and edit manuscripts, screen proposals and they have a little seminar meeting once a week to go over things like contract negotiations and things like that. Over all it's been an incredible opportunity in just the first month of the job. Most of all because I think he's found his niche. He said being an agent is kind of like being an editor, a lawyer and a real estate agent all at once. (for those of you who know GK, he needs variety) He has discovered that he has a good eye for good writing, for okay writing that has potential, and most importantly exactly what changes would make certain writing good.


On top of that, he found out this week that he will be finished with his program in December, about six months earlier than we thought. And now our minds are spinning with thoughts of what comes next, as well as really trying to enjoy every bit of New York in the spring.
Posted by Susanna at 10:56 AM

gk also has a good eye for gay pictures

that job sounds exciting! But now that you've posted about it, aren't you just a little bit worried that friends might start slipping copies of their life-stories to him, just in case it might be the next NYT best seller? I mean, I've been working on something and...

That settles it, you guys should move out here to san francisco in December. And judging by the picture, GK is gay anyway, so even more incentive to get out here.

I always thought that GK was the best story teller I had ever met and I bet he does a great job. Now I am curious has to who he works for!!

you mean done, THIS december? wow, Giles Kyle will only be 4 months old.

I like the shorn look on GK. Not gay, just handsome. (And less homeless)

How exciting that you will be done with school in December! Does that mean job search for right after? Knowing that you only have 8 months left in New York will help you appreciate your time there. Tucson is a great place... But not much surfing. :)

Hey Suzanna, whats going on? Nice to hear that you are in the city where you belong. We will definately have to get together next time Natalie and I are in NYC.

The belly looks great. No turning back now.

Hey Suzanna, whats going on? Nice to hear that you are in the city where you belong. We will definately have to get together next time Natalie and I are in NYC.

The belly looks great. No turning back now.

Sorry for the multiple posts and failure to identify myself. This is Adrian.

And just what, pray tell, is wrong with being gay?

GK, Suzanna, I expected better from you...

David, I hope you didn't take offense. I certainly didn't mean it so. GK made the comment because he asked me to send a picture to a woman who had interviewed him for some article. He thought it misrepresented him. But we had different opinions. I hope you are well David. We miss you all immensely!

Hello. This post is likeable, and your blog is very interesting, congratulations :-). I will add in my blogroll =). If possible gives a last there on my blog, it is about the MP3 e MP4, I hope you enjoy. The address is http://mp3-mp4-brasil.blogspot.com. A hug.

Hello. This post is likeable, and your blog is very interesting, congratulations :-). I will add in my blogroll =). If possible gives a last there on my blog, it is about the OLED, I hope you enjoy. The address is http://oled-brasil.blogspot.com. A hug.

Hey Susanna, How are you feeling? I was just in New York, you are lucky - I would love to live there. It is such a great city!

Hey. Do you ever go and visit your cousin Rachel? We are going to see them in a couple of months and I Was thinking about you and wondering if you ever get a chance to go visit. How fun would it be to see each other!!!

Hello. This post is likeable, and your blog is very interesting, congratulations :-). I will add in my blogroll =)