A Question of Names 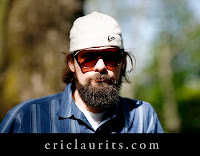 Should there be a GK Risser IV?

To those of you whose pulses have begun to speed up, let me break it to you gently. I'm not pregnant. But when I do become pregnant at some future date, and that little being is a boy, should we name him Gordon?

I never met Gordon number one, but my husband has told me stories of being asked by many people if the famous Gordon One was his grandfather. They would then go on to say what an angel GK's grandfather was.

I have met Gordon number two. He's an angel too. He works so hard and is so committed to helping and teaching his family.

I know Gordon number three pretty dang well and don't you know it... an angel! I mean the name seems to do pretty well for itself. And so I pose the question. Should there be a Gordon number four?

Early in our marriage (being in the beginning of our second year maybe I should say earlier?), I asked GK how he felt about it. He said he didn't care and really that he had never planned on there being a fourth. I joked and suggested following George Foreman and instead of naming just the first boy Gordon Keith Risser, we could name all our kids GK. Girl or boy we could start with Genevieve Kathryn and she could be GK jr. then Gregory Keller could be GK III etc. etc. That way our home could be just packed with little GK's.

Well obviously, the multiple GK's is never going to happen, so I'm back to my original question. Should there be a Gordon Keith Risser IV? GK doesn't care either way, so the critical decision is in my hands and I feel like the choice should be a conscious one. If I'm going to break the line, I want to make sure I've thought it through. And since people generally have a lot of opinions about what babies get named, I thought I'd ask for some imput on the matter.
Posted by Susanna at 6:47 PM

my name is derek, I am a new subscriber to the crow's nest and it seems like it is going to be fun here. About this name thing, just between me and the crow's nest, gk used to say that he did not want another gk (I think he said that). But he may have been only referring to boys, so I definitely think you should name your girl child GK, I'm sure she would love that.

I;m all for it!!! Thanks for the compliments, you're quite the angel yourself.

I love the idea Susanna.

Gordon all the way!!! I always knew deep down inside that G.K. wanted to do it.

What a sweet commentary Susanna! I know that having a niece named after me was a big honor but I don't know what it's like being the namee. I am very amused with the girl GK concept though and I'd have to say, the first 3 GK's have been pretty impressive men! You can't go wrong either way.

Wait a minute, did nobody listen to me? I said it was a bad idea! If my comments are not validated on this site then I will withdraw any and all ties I have to The Crow's Nest. Bloggers blog to be heard, so listen and take heed!!!

Would GK IV be as hairy as that one pictured? I thought your dog was GK the fourth. Or is he just Reggie K?

We hear ya Derek, seems like nobody agrees my friend :) Susanna I think it's the best idea ever. I have met all three GK and you won't go wrong.

But would it actually be called GK? What about Gordina or Gordo? Or Gordon. I don't think it should be called GK. Too confusing.

I hope that no matter what, you two always pick the names that YOU GUYS love and not worry too much about our opinions, but since you did ask :)

I could not imagine another "GK" and I have always loved that an original name gives its bearer the chance to create all that the particular name is and represents. GK has put a very specific stamp on his name and I would be a bit sad to see that change.
That said a new spin on "Gordon Keith" could be kind of fun!

Don't forget that there really is only one GK. Gordon #1 was called Gordon. Gordon #2 was referred to as Keith for a while when he was growing up and Gordon #3 was almost called Tre (according to my mom), but GK stuck and so that's what he's known as. To tell you the truth...I don't know if I've ever referred to GK as Gordon. When we worked together and people referred to him as Gordon, I had to think for a while before I realized who they were talking about. I like the George Forman idea, and then you can call them GK #1, GK #2...GK#12. Didn't you once say you wanted 12 kids? 12 GK's would be awesome!!! Either way you decide, you can't go wrong.

I was really hoping you were announcing something. Dang! Names are hard. It will either fit...or it won't.

I like the sounds of GK2, kind of like Y2K but worth the hype. Of course the chap would be #4, but would go by the above shortened version as the second GK. Other shortened and personalized names could be Quatro, I.V., G-fource, Gfourdon, or Jackson

Hey Derek, don't run away just because no one agrees with you. We need your voice. As for the rest of you, I hope you know that I reserve the right to ignore, refute and downright belittle anything you have to say about the naming of my future son. I'm not making any commitments either way. But when he ends up on the street at the age of 13.5 some of you will be able to say "I told you so!"

I love and amire all three GK's and think a fourth would be just and great and loveable.

In the scriptures, son were name after righteous forefather so the sons would remember to follow the Lord, And to honor their righteousness. I think naming him after his father and those that came before would be a great honor to all Gordon's. But the name was started somewhere and the parents taught the child. So what ever you two decide will be right. Don't worry what others might think, after all I didn't.

i didn't run away, just forgot. But let me see, yup, I still think there should be no GK IV. Let's compromise and just call the kid DJ, you can't go wrong with that can you?

Susanna!!! I want to know where you guys are living. If it is close to Pittsburgh, I would love to see you. Do you even remember me? :)

I'm not convinced there should be a Gordon Keith Risser III. How 'bout that.

I don't don't care what you name him...I just want to see him! Your kids are going to be beautiful...and a little bit hairy.
I love your blog...it looks like you are having so much fun!
Kyle was the early morning sem. teacher in Chicago...oh what fond memories...

I am surprised that no one else has pointed this out but Genevieve is an awesome name if you have a girl :)